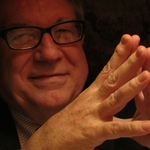 Gary L. Bostwick has been a trial attorney for more than 40 years, and was certified as a specialist in appellate law by The State Bar of California Board of Legal Specialization for 15 years.  He has tried over 70 cases. He is a fellow of the American College of Trial Lawyers, an exclusive organization that only invites members with outstanding trial experience. He has been prominent in many complex business litigation and constitutional law matters, with a special emphasis on First Amendment and media concerns. He has represented clients as counsel in three different matters heard by the United States Supreme Court. Chambers USA and The Legal 500 US recognized him as one of California's leading media and entertainment lawyers. He is a rated  Super Lawyer 2004-2014 and is listed as one of "The Best Lawyers in America" and the Lawyer of the Year, 2012, in the First Amendment area.

He has authored numerous articles, including, A Taxonomy of Privacy: Repose, Sanctuary and Intimate Decision," 64 CALIFORNIA LAW REVIEW 1447 (1976), which has been cited by the California Supreme Court and the High Courts of India and Delhi.

Gary has served as an adjunct professor of law at Loyola Law School, Southwestern Law School and USC's Annenberg School for Communication, teaching about the First Amendment, defamation, privacy and other legal issues impacting journalists. He teaches, clears content and advises the Investigative Reporting Program of the School of Journalism of University of California, Berkeley.

Gary has a J.D. and M.Pub.Policy. from the University of California, Berkeley, where he served as Articles Editor of the California Law Review at Boalt Hall, and he has a B.S. in Science-Engineering from Northwestern University.

He is a member of the California and Wyoming State Bars.

Gary is fluent in Spanish and German.

The contents of this website are not meant to confer any legal advice, and viewing this website or submitting an email does does not create an attorney-client relationship. Any discussion of representation should be by phone or in person. We do not consider cases or facts sent to us by email. Please do not put sensitive or confidential information in an email to Bostwick Law. By sending us information, you un­der­stand and agree that we will have no duty to keep confidential the information that you are sending. E-mail is not secure. Please see our full disclaimer.